The brewery UTENOS ALUS has been famous in all over the world since already 1977 because the water in this region is most suitable for brewing – it is soft and pure.  By its composition, the water in Utena is very similar to that of the legendary brewing city – Pilsen. That is why the brewing equipment was mounted in Utena brewery and the first beer was made in perhaps the most modern in the former Soviet Union brewery UTENOS ALUS by the Czech brew masters. In 2001, the breweries UTENOS ALUS and ŠVYTURIO ALUS merged into AB ŠVYTURYS-UTENOS ALUS, and in 2003, it became a private limited company. After bargains in 2008, the global brewery giant CARLSBERG BREWERIES became the main shareholder of the Company and UTENOS ALUS became a full member of the CARLSBERG GROUP. The beer UTENOS ALUS is appreciated by the residents of Utena as well as of the whole Lithuania for its perfect taste, top quality and attention to innovations. If you visit the new Utena Brewery Museum, which was opened in 2012, you will learn the whole history of this brewery. This is the only place where you can look at the exposition of innovations / communication / advertisement of the UTENOS trademark, familiarize yourself with the beer brewing process. You will visit the shops of boiling, fermentation and bottling. During the excursion you will have an opportunity to appraise the taste of several kinds of beer. The excursions are organized for groups of at least 10 persons and last for around 2 hours. 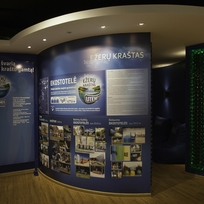 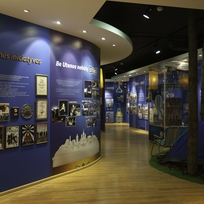 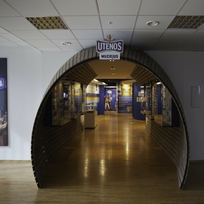 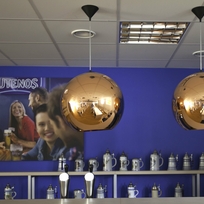