In the stone Mokas the year 1860 is carved. This giant is 6 m long and 4 m high and it is embedded deep in the ground. Beside this stone, there is another smaller one called Mokiukas. The legend tells that at one time a man Mokas lived here and he had a wife and a son. The family of Mokas was very hard-working and they worked for the whole kind. Mokas became very disappointed with the people’s laziness and stopped working too. Then people started reviling him. He decided to get across Lake Tauragnas. He ordered to swim and not to turn back. His wife turned back and drowned and he with his son successfully crossed the lake. Both of them grieved for the lost wife and mother, they cried and turned to stones from grief. Others tell that these people were running away from Christianity because they were pagan. In 1968 the stones were declared geological nature monuments. 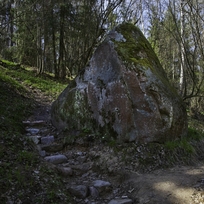 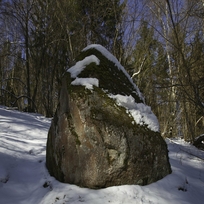 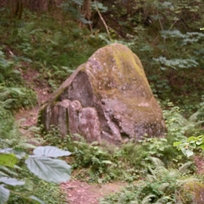 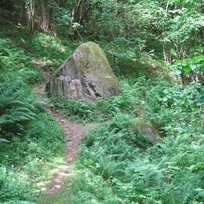 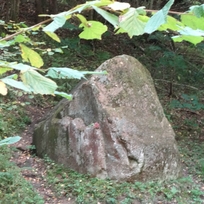 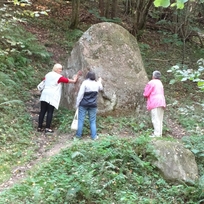 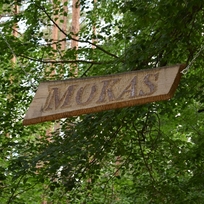