Sudeikiai is a town and eldership located on the southern shore of Lake Alaušas. It is thought that the place name may have come from the lake. In the distant past, many local residents survived in the relatively infertile land thanks to the abundant fish in the lakes, with Lake Alaušas especially rich in valuable vendace (Coregonus albula, a species of freshwater whitefish). The fish were pulled out of the lake in nets, and were salted right on the lakeshore. Perhaps the location began to be called Sudeikiai, based on the Lithuanian word sūdyta (in English, “salted”). The vendace, called queen of Lake Alaušas, remain the symbol of the lake and its environs to the present day. And Lake Alaušas, known for its shallow and wading-friendly beaches, clean, clear and fish-filled waters, and picturesque landscape, has become a popular destination for outdoor recreation. Maneičiai hill-fort (1st millennium CE – beginning of the 2nd millennium), located on the eastern shore of the lake, is the subject of many a legend. It is said that the castle of Duke Alaušas stood atop the hill-fort. The duke liked the large lake with its clear water, and so as he was dying, he asked that his ashes be scattered across the lake. His people did as he had asked, and in honour of the duke the lake was called Alaušas. The place called Alinauka, located on the western shore of the lake, is the birthplace of Kazys Pakštas, the Lithuanian geographer, pioneer of professional geography, traveller, and famous visionary. Professor Pakštas (1893–1960) emigrated to the USA in 1939, and is buried in Saint Casimir Catholic Cemetery in Chicago. The professor’s birthplace in Alinauka is marked with a memorial stone. Visitors to the town of Sudeikiai can enjoy the sight of the exceptional Church of the Most Blessed Virgin Mary, built in 1825. This masonry Classicist-style church, with its Baroque pediment, lacks steeples and interior columns, but the roof is adorned with five openwork crosses artfully carved by local craftsmen, the brothers Balys and Povilas Petrulionis. The churchyard is bounded by a wall, in which two pagan altar stones with indentations are visible. The churchyard is the final resting place of the poet and translator Father Juozas Šnapštys-Margalis (1877–1921), who served as pastor in Sudeikiai in 1920–1921, and of the philosopher Juozas Girnius, PhD (1915–1994), who was born in Sudeikiai and, after his death in Boston, was buried in Sudeikiai in 1995. Since 1999, popular workshops in painting, photography and sculpture have been held in Sudeikiai. Works produced during the workshops are displayed at the Sudeikiai art gallery, which preserves more than 100 works by professional artists and photographers. A true oasis of art can also be found in the town of Sirutėnai. It is an open-air exhibition of stone sculptures by the brothers Jonas and Valentinas Šimonėlis. As we travel around the Utena area, let’s get to know Sudeikiai and the surrounding area! 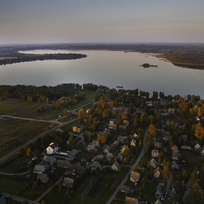 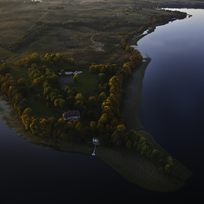 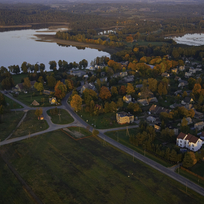 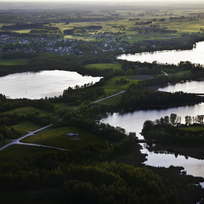 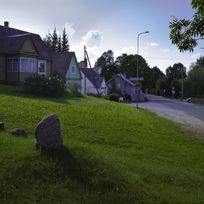 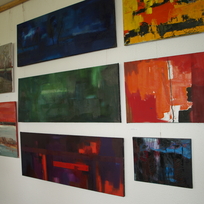 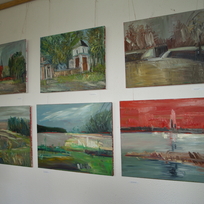 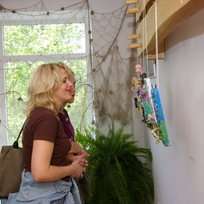 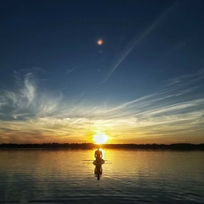 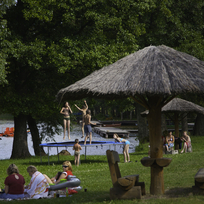 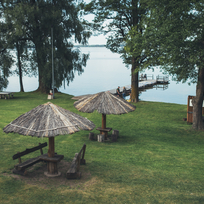 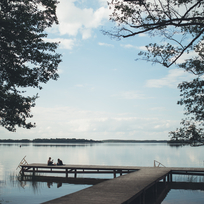 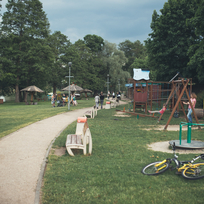 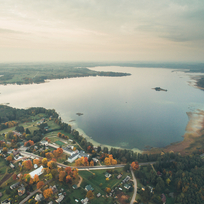 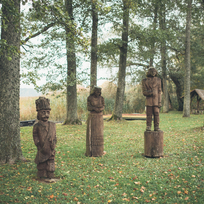 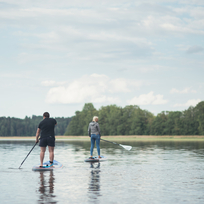 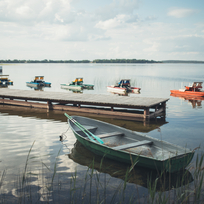 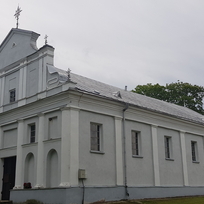 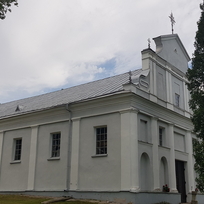 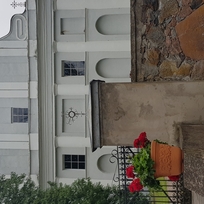 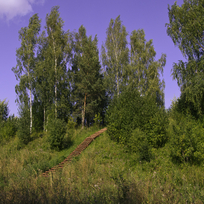 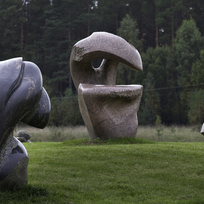 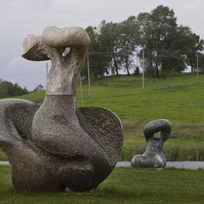 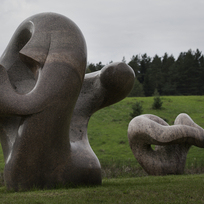