Tauragnai is a town and eldership located between Lake Labė and Lake Tauragnas, which is the deepest lake in Lithuania. Tauragnai has been writing its history since the 13th century, but the hill-forts dotting the shore of Lake Tauragnas remember an even more distant past. Taurapilis, the old Tauragnai, is a hill-fort dating back to the 1st millennium–middle of the 15th century. Tauragnai hill-fort has been dated to the 1st millennium CE–beginning of the 2nd millennium. Nowadays, Tauragnai serves as the western gateway leading into Aukštaitija National Park, and is well-known for the natural beauty of its environs, its abundance of cultural and natural heritage sites, and the prominent people who called this area their home. A branch of the Utena Local History Museum, Tauragnai Area Museum, acquaints visitors with Tauragnai’s past. In 2012, Gesės vyšnių sodas (in English, “Gesė’s Cherry Garden”) in memory of Dr. habil. Eugenija Šimkūnaitė was established in Tauragnai on a slope above Lake Labė. Dr. habil. Eugenija Šimkūnaitė (1920–1996), natural scientist and herbalist, made an enormous ethnocultural and intellectual contribution to Lithuania through her life and activity, leaving an unforgettable impression on those who had the privilege to meet her, forming her unique image as a sort of folk oracle. Born in Novorossiysk (Krasnodar Krai, Russia), Gesė (the nickname followed her throughout her lifetime) grew up in and was laid to eternal rest in Tauragnai. She requested that after her death a cherry tree be planted on her grave. Since 2014, the Tauragnai community has organised the now-traditional Cherry Blossom Festival, which is also the community’s birthday celebration. The uniqueness of the area and the centuries-old development of the Lithuanian village can be seen in the still-preserved authentic design and traditional regional architecture of the ethnographic villages of Vaišnoriškė, Strazdai, Šuminai, and Varniškiai II ethnographic settlement. Nature-lovers in these historic locations will find state-protected centuries-old trees: the Varniškiai oak, the Varniškiai linden, the Šuminai pine. Šuminai attracts attention because scenes from the classic Lithuanian film Tadas Blinda were filmed here (directed by Balys Bratkauskas, 1972). The way to the old villages is shown by a family of stones. Legend has it that Mokas and his son Mokiukas successfully crossed Lake Tauragnas, but Mokas’s wife, Mokiukas’s mother, did not. The sorrow they felt after her drowning caused them to turn to stone, and they impress visitors today with their size. To make a dream become reality, the wise say, one must touch the stones and walk around them three times. As we travel around the Utena area, let’s get to know the mysteries of Tauragnai! 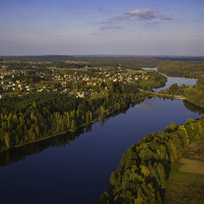 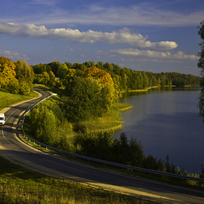 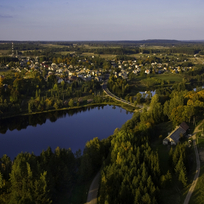 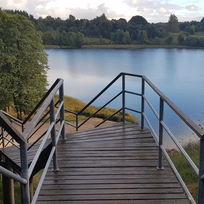 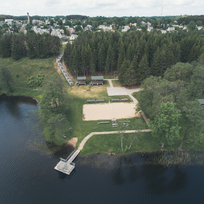 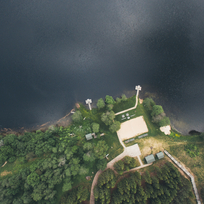 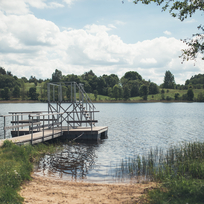 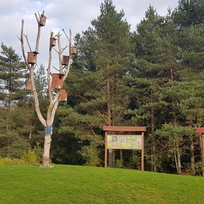 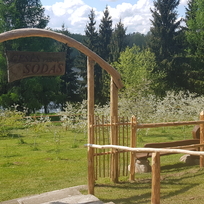 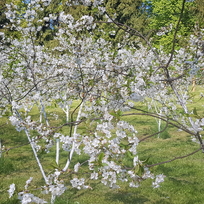 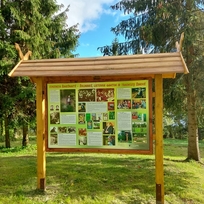 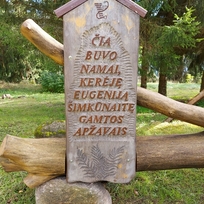 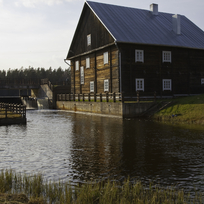 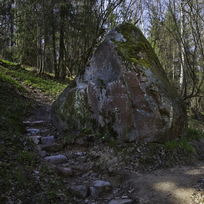 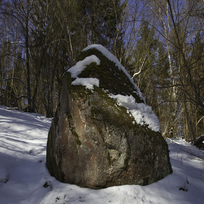 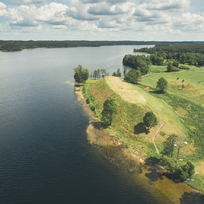 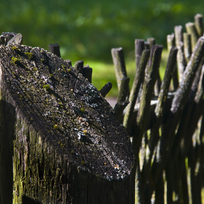 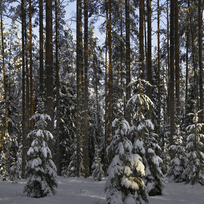 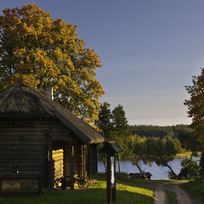 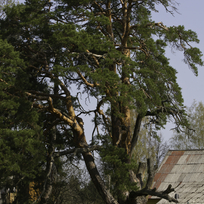 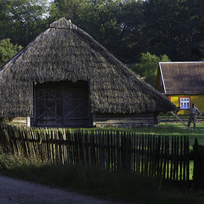 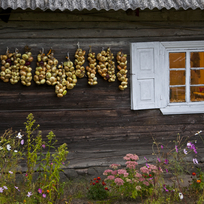 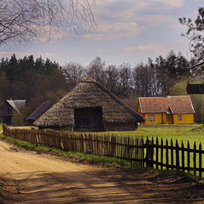 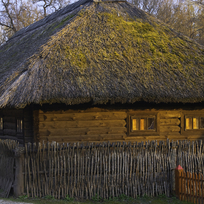