Užpaliai is a town and eldership located on both sides of the Šventoji River. Užpaliai was mentioned in a written source for the first time in 1261. But the history of the area begins from Stone Age settlements. Later, Užpaliai was the site of a castle belonging to the Grand Duke of Lithuania, which later grew into a manor estate, a town, and now an eldership. Užpaliai was once located on the Šeimyniškiai hill-fort (10th–15th centuries), called Castle Hill for good reason. The first known ruler of the Užpaliai castle was the local representative of the Grand Duke of Lithuania, the commander and diplomat Kristinas Astikas, who ruled from the end of the 14th century until 1442. In the battles with the Livonian Order, Užpaliai became a strategic point in the defensive chain of castles belonging to the Grand Duchy of Lithuania. After the collapse of the Livonian Order, Užpaliai castle lost its defensive significance, and the people who had lived in and around the castle began to move to a place better suited to agriculture and trade. The town that had begun to form in the 16th century next to Užpaliai manor, belonging to the Grand Duke of Lithuania, successfully transformed into a trading centre, which in 1792 was granted Magdeburg rights. From the end of the 14th century, Užpaliai manor was associated with famous nobles. The manor was overseen by representatives of the Astikas, Radvila, and Sapieha families as well as Michał Ogiński. At the end of the 18th century, Užpaliai was given to Józef Poniatowski. Around 1800, the manor was bought by Franciszek Sapieha, who engaged in reconstruction as well as new construction, including the buildings that today comprise the manor. The owners did not reside in Užpaliai, and their agents made use of the administrator’s house. After the November Uprising (1830–1831), the manor was confiscated from the Sapieha family and became part of the state treasury. It was then rented out. A temporary Russian Orthodox church was set up in one of the wooden buildings of the manor, next to which a bell-tower was built with funds raised by the Russian community. In 1872, the masonry Russian Orthodox Church of Saint Nicholas was built on the grounds of the manor. The Užpaliai church was mentioned in a written source in 1522. In 1847, the masonry bell-tower was built.[A1] In 1898, the masonry Church of the Most Holy Trinity was built in the Historicist style with Neo-Gothic and Neo-Romanesque features, and a 16-stop organ was installed that is still in use to this day. Užpaliai was devastated by fire many times, so it is with good reason that visitors are greeted in the town centre by the monument to Saint Florian, the guardian against flame and fire. There are no precise records, but different sources indicate that at the end of the 19th century or after the 1912 fire a wooden statue of the patron saint of firefighters was built, which in 1933 was replaced by a concrete monument produced by an unknown artist. It is noteworthy that during the Second World War, in 1944, an aviation bomb was dropped and exploded in the town square, but the monument suffered no damage. In 1963, the monument was demolished; in 1991, it was rebuilt. As we travel around the Utena area, let’s get to know Užpaliai and the surrounding area! 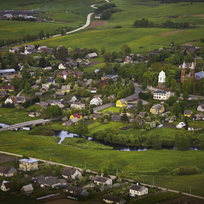 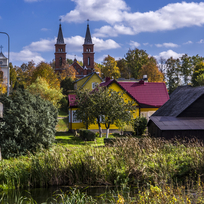 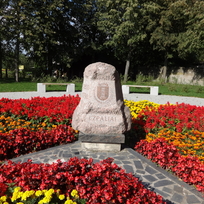 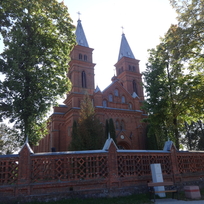 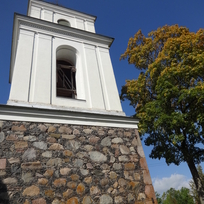 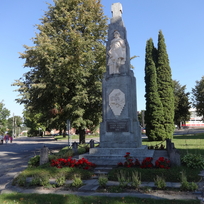 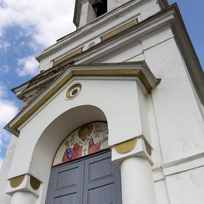 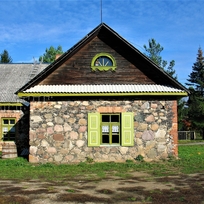 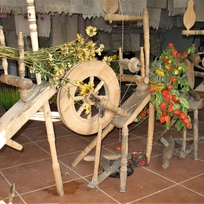 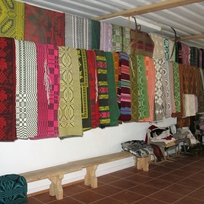 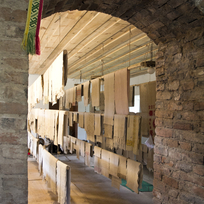 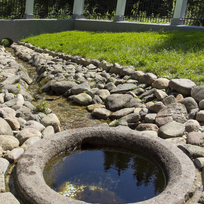 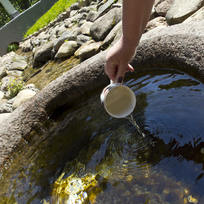 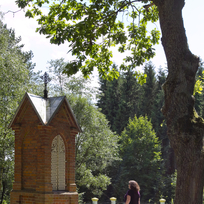 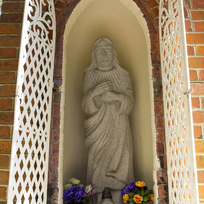 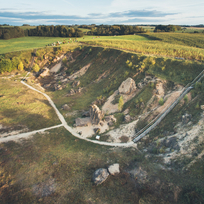 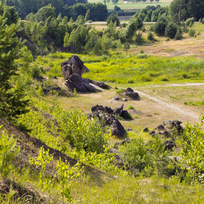 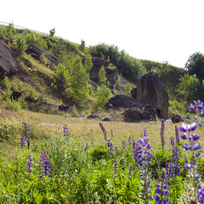 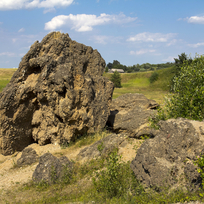 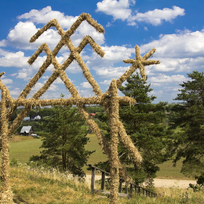 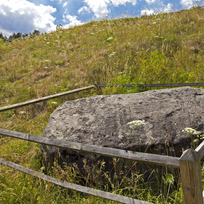 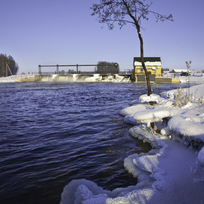 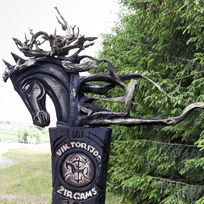 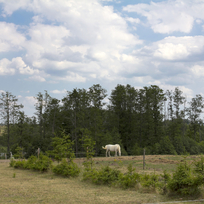