The village was established in that particular place due to its geographical location. The village lies near the rivulet Būka connecting Utenykštis and Baluošas lakes. It is surrounded by forests; there are two small lakes here- Žiegžmaris and Byvainis. The old highway Tauragnai-Braslav went through the village of Vaišnoriškės. The village can boast of the linden tree growing in Vaišnoriškės. In ancient times, it was the beekeepers' village, famous for its linden honey. Where the highway passes through Būka river, on the right bank, there used to be an old tavern, already mentioned in 1765. The first homestead was established here in 1830 and later, four more homesteads were built. Two old cottage houses, a barn, two stables and a sauna were restored to the folk style. Near the village, in Ažvinčiai forest, there lies Gervėčiai swamp, which was declared a reserve. 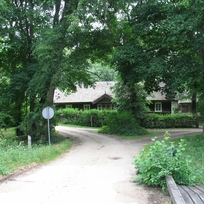 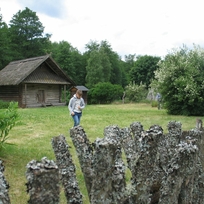 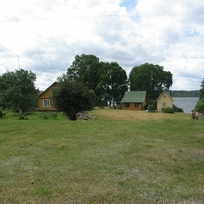 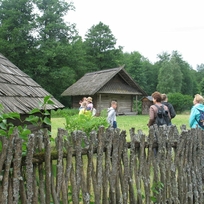 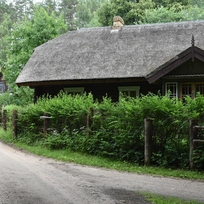 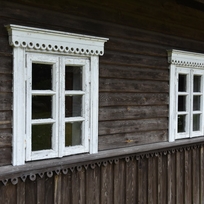 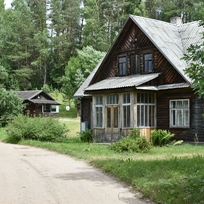 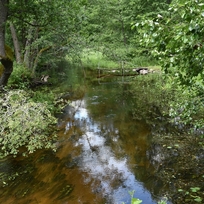 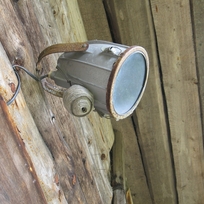