Vyžuonos is a town and eldership located on the banks of the Vyžuona River. The place has long been associated with the pagan god Vyžas, who was thought to take the form of a grass snake, so the grass snake is depicted on the Vyžuonos coat-of-arms. A sculpture of the grass snake Vyžas greets visitors on the road leading into town: a sculpture created by artists who grew up in Vyžuonos, sculptor Henrikas Orakauskas and artist Algirdas Indrašius, was erected in 1979, and a sculpture created by folk artist and sculptor Vytautas Šemelis was unveiled in 2016 on the occasion of the town’s 610th anniversary. Stories handed down through the generations say that ceremonies to worship the grass snake Vyžas took place on Kartuvių kalnas (in English, “Gallows Hill”, located on Vyžuonos Esker, or ridge), where a bright-white monument now stands. As the 500th anniversary of the death of Vytautas the Great approached, three young residents of Vyžuonos (Stasys Gučius, Kostas Saladžius and Pranas Zabulionis) came up with the idea of honouring the Grand Duke of Lithuania by building a monument on the hill. The monument was built in the form of a spearhead, alluding to the historic battles fought by the Lithuanians in those days. The monument to Vytautas the Great was unveiled in 1931. A detailed historical account of Vyžuonos is not available, but it is thought that a Lithuanian castle stood here, next to which a manor was established and mentioned in written sources from the 15th century. The first families to administer Vyžuonos were Kristinas Astikas and his descendants the dukes Radvila, prominent nobles in the Grand Duchy of Lithuania. The church in Vyžuonos was built in 1406. From the latter half of the 16th century until 1656, the church belonged to the Reformed Evangelical Church, a Calvinist church. Prominent nobles who administered Vyžuonos, including the voivodes of Vilnius and Grand Hetmans of the Grand Duchy of Lithuania, Kristupas Radvila Perkūnas and Kristupas Radvila Jaunasis as well as the latter’s young children, were buried in the church. After the church was returned to the Catholics, the sarcophagi with the bodies of the members of the Radvila family were transferred around 1666–1668 to Kėdainiai, to be reinterred in the Reformed Evangelical church there. The Vyžuonos church was rebuilt several times, most recently in 1891-1892. The Gothic Church of Saint George is unique for the stone head of a grass snake built into the masonry of its facade along with a stone cannonball (fired into Vyžuonos by a passing Swedish army), and for being the oldest church in Utena District. In July, the Feast of Saint Mary Magdalene, not commonly observed in Lithuania, is nonetheless celebrated here. Vyžuonos was the birthplace of Colonel Pranas Saladžius (1893–1965), the commander of the Lithuanian Riflemen’s Union. In 1939, a monument marking the 20th anniversary of Lithuania’s independence and of the Lithuanian Riflemen’s Union was unveiled here. It is the only such monument in Lithuania built to commemorate that anniversary. The monument was designed and built by Lithuanian Riflemen, the Žiedas brothers from the village of Garneliai. During the Soviet occupation, the monument was demolished, but was rebuilt in 1990. In 2000, thanks to the sculptor Henrikas Orakauskas, Writers Hill came into being in Vyžuonos, commemorating two talented writers, the poet and literary critic Antanas Masionis (1941–1974) and prose writer Bronius Radzevičius (1940–1980). As we travel around the Utena area, let’s get to know Vyžuonos and the surrounding area! 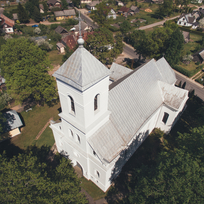 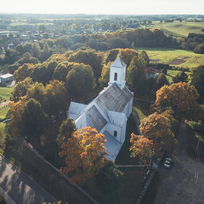 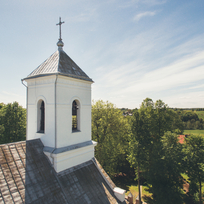 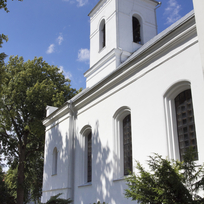 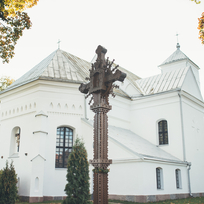 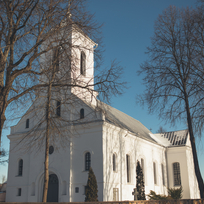 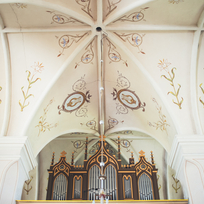 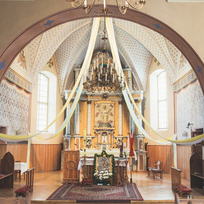 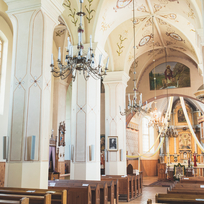 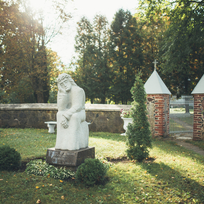 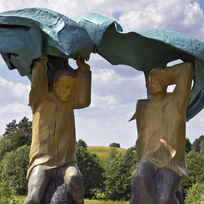 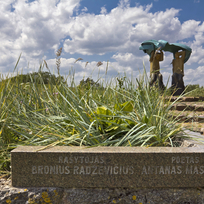 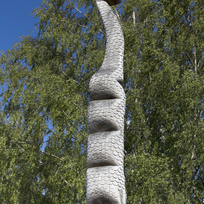 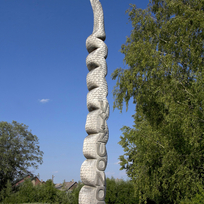 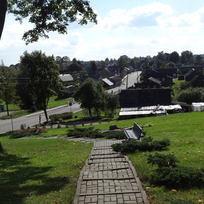 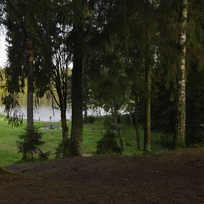